In the previous post, we saw how we could use a single, raw query in Django to combat ORMs’ tendency to generate query explosions within loops. We used raw() with joins and some column renaming to ensure all the data we needed came back in one go. We had to modify the property names in the template slightly (e.g. book.jacket.image became book.jacket_image) and the result was a RawQuerySet which had a fair number of limitations but, we avoided the typical order-of-magnitude increase in query count.

There is a way we can use a raw query, to get all the benefits described in the previous post, and return a real QuerySet. We need a Django model and so need an underlying table. A much underused feature of SQL databases is the view. Views are virtual tables derived from queries. Most are currently implemented as read-only, but they provide many benefits – again another blog post would be needed to explain them all – but they include:

So we could define a database view (with a few extra foreign-key columns for use later):

and then map a Django model to it, using Meta.db_table='vbook', and set the Meta.managed = False to tell Django not to maintain the table definition.

We’ve done this in the past for some of our projects, and shoe-horning the view-creation script into Django/buildout was always the fiddly bit.

Recently, we used django-postgres which makes the model-view mapping a bit simpler. You subclass pg.View instead of models.Model and set the sql property to your query, e.g.

manage.py sync_pgviews then creates the views for the models in the specified application. It’s quite a lightweight tool, and simply builds and issues the SQL CREATE VIEW statements needed to wrap each view-based model’s sql query.

We now have an almost fully-fledged Django model. We can query the objects against an effectively de-normalised table, while still retaining an essentially normalised schema. We can chain refinement methods to the resulting QuerySet to further filter and order the objects, including select_related() if necessary (although it would always be preferable, given time, to put the extra join into the view). We can have custom object managers, Meta options, introspection and all the other features of a Django model, even some read-only admin which would be good for reporting.

Note that we removed the

from the view definition. We can define the view without such filters and leave it to the Django application to apply them, e.g.

This gives a more flexible model, more akin to the original Book model, although you could keep the WHERE clauses in if you wanted to logically partition a table into multiple views/models.

Another great reason for using such view-based models is to postpone decisions about optimising bits of the system before we know anything about it. As an example, let’s say that a book needs to have an average rating that should be calculated from the entries in a ratings table. This could accurately be calculated using SQL’s AVG function, but that might be expensive and so we might need to pre-calculate it and possibly store it outside of the database. That would require us to design, build, test, document, and maintain:

All of this would add complexity, up-front R&D and ongoing maintenance. The results would not be as fresh or reliable as the database results, and not necessarily any faster. Using AVG in a view leaves us scope to replace how it is calculated at a later date, once we know more about the performance.

Often, caching the book results using Django’s cache is enough and we can stick with the basic approach. Premature optimisation could well be a huge waste of effort, and the view-based models let us defer those decisions and get started very quickly. 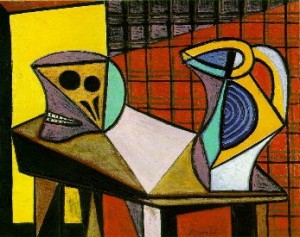 Defining views early in a project could also be a way to postpone building complex parts of the system. Let’s say a book has a complicated ‘cost’ attribute and we’re not sure yet how it will be calculated or where all the data will come from but we need to start to display it during the initial iterations. We could add the column to the book view on day one and worry about where it comes from later. e.g.

And then vbook.cost can be used in the knowledge that the reference won’t change. Also, if the cost calculation is defined within the view and it needs to change post-production, the view can be recreated while the application is running with no migration or down-time.

We can further enhance the view-based model and add relationships to give us back the all-too-convenient dot-notation – still useful if we’re careful to use it outside of large loops. We should make sure any relationships don’t give Django the impression that it needs to try to maintain integrity – it doesn’t need to since the underlying table only has virtual rows. We can do this using on_delete=models.DO_NOTHING, e.g.

These are, of course, complete Django relationships and so we can access them from any direction, e.g.

would return an author’s books as vBook objects using a single extra query. You could even go further and use select_related('vbook') when getting the author. Django treats these models just like any other.

We can’t save or create using such view-based models – the database will reject that for anything but the simplest views, so we still use the underlying table-based models to do that. But we can link the models together, with a one-to-one relationship, to make things easier, e.g.

Now, given a vbook instance, we can update the underlying book, for example:

And also, given a book instance, we can ask for all the pre-joined book information:

There are still some questions about how best to use these models, e.g. how to share methods with underlying table-based models and how best to name fields from other models.

Once we’ve defined view-based models to bring together the core concepts of the system, we can build the application to use them for reading and the base-table models for writing. We then have a variety of options to greatly optimise the system at a later date.

Here are some ways we can optimise database views. The important points are:

Pull from other tables

For example, at a later point, we could modify the view to join to a table containing pre-calculated ratings and return that instead of the AVG sub-select.

We could use PostgreSQL’s foreign data wrappers to join to external data sources. It might be useful in itself to map a Django model to such a foreign table without an intermediate view, if all the data is foreign.

Database functions can be written in a number of languages including PL/pgSQL, Python, Ruby and Javascript. They are pre-compiled and are very efficient not least because they can access the data without it needing to be returned first and are in situ so can filter out unwanted results.

PostgreSQL has the concept of standby/slave servers that can be kept synchronised with a master server. These can be made available for read-only queries to spread the load. Since we can be sure that view-based models are only used for reading, we could use Django’s database router to route all queries against those models to the slave servers.

Views are virtual, except when they’re not. PostgreSQL 9.3 added materialised views.

These are still declared as derived tables but the data in them is physically stored for much faster access: the results are effectively cached in the database. These are useful if the application can handle some staleness, and the only change necessary is in the way the view is declared – the application needn’t know or care. Such views can be refreshed periodically (although before 9.4 the refresh takes out a table lock). Indexes can be added to materialised views, potentially giving massive performance increases, especially for calculated columns.

Although I think materialisation is a last resort, it’s a very powerful one. I’ve added a MaterializedView class to isotoma/django-postgres which should help create them, though it could do with some more testing and options to control refreshing.

This really gives the best of both worlds: a single query can provide Django objects with the speed expected from de-normalised storage, but derived by the database from a normalised schema.

Django’s ORM makes accessing related objects simple and convenient. However, when using an ORM, accessing related objects in loops often leads to an explosion of supporting queries, which can go unnoticed during development but which can lead to poor performance. Django’s ORM has some methods that try to alleviate the problem but they have limitations. We can use raw SQL to efficiently join related information in the database to avoid these query explosions, as well as giving us more powerful ways to group and summarise data. I think these SQL queries should be given more prominence in our projects.

We can go further and push the raw SQL into the database by declaring virtual tables (database views). We can then map Django models onto these virtual tables to also give an extra layer of abstraction on top of the base models. This lets us defer implementation decisions and provides lots of ways to optimise the system at a later stage, once we know more about its performance, without affecting the application code. 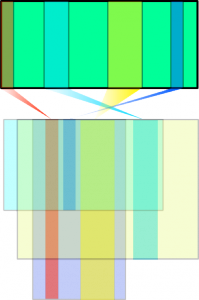